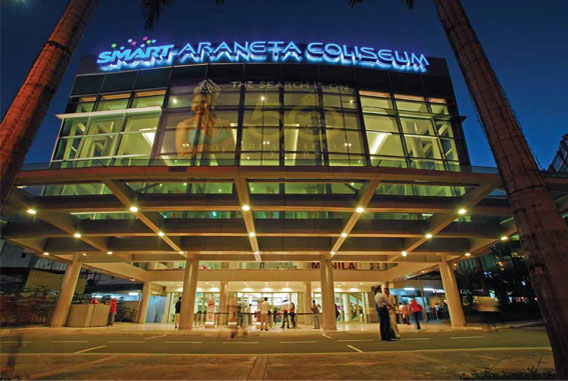 Aside from providing venues to notable local and international shows, Uniprom Inc. also produces and promotes internationally acclaimed sports and entertainment shows like the World Slasher Cup, and the annual Binibining Pilipinas beauty pageant. UI has also been in a three-decade partnership with the producers of “Disney on Ice,” which is held annually at the Smart Araneta Coliseum.

At the heart of the Araneta City is the 20,000- seater Smart Araneta Coliseum, the country’s iconic sports and entertainment mecca. With its identity inseparable from the Araneta City, the venue is famous for what is considered to be one of boxing’s best fights ever, the “Thrilla in Manila“ between Muhammad Ali and Joe Frazier.

The Big Dome had its makeover in March 2012 with the construction of a 4-storey glass wall atrium at the Green Gate. This now serves as a ceremonial entrance of the coliseum.

The coliseum has an improved Red and Green Gate lobbies, back-of-house facilities as well as newly appointed upper box and patron sections, and additional safety features. All arena seats have been replaced for the convenience of audiences that troop to the venue to watch over 260 local and international shows every year.

The Coliseum boasts of an exclusive VIP lounge for Owner’s Circle members with a dedicated concierge and VIP access to the Coliseum. It also has direct access to the Parking Garage South.

The classic 60s entertainment landmark New Frontier Theater has been reborn into a 2,500 capacity ultra-modern theater equipped with the latest in audio, visual and lighting technologies.

The New Frontier Theater is a multi-function venue that can house everything from mid-size concerts and private gatherings to conventions and seminars. The ground level seats may be taken out to accommodate more people. It has al-fresco dining restaurants and fast food joints along its perimeter.

Capturing the elegance of the past and mixing it with the aesthetics and functionality of a modern entertainment venue, New Frontier Theater greets patrons with an elegant drop-off points that opens into an expansive lobby fit for upscale events. A staircase and matching escalators bring patrons to the mezzanine level, a perfect venue for meet-and-greet sessions with the stars before the show.

The theater officially opened on August 15, 2015 with the Manuel L. Quezon play, which was quickly followed up by the world-renowned Disney Live. Since then, it has a steady line up of shows featuring top foreign and local artists like British girl group Little Mix, Charlie Puth, and standup comedian Russell Peters, as well as local pop stars Xian Lim and Kyla, among others. 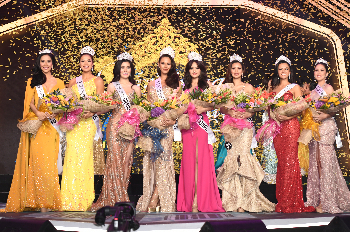 Through the years, BPCI has scoured the country for the most beautiful ladies that would represent the Filipinos to the rest of the world in international competitions, and kept true to its vision to be a key partner in nation building. For over four decades, the charity has helped provide skills training, educational workshops, mission work, and other relevant services to the marginalized sectors of the community. 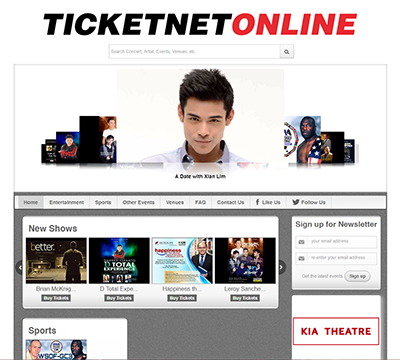 Established in 1995, TicketNet has become the country’s leading provider of exclusive ticketing services to a number of leading arenas, stadiums, performing arts venues, and theaters in the country, accessed through the hotline 911–5555. Its online system was launched in 2012 with a print-at-home capability to enable customers to get their tickets faster and easier.

The Gateway Mall’s biggest crowd-drawer is the Cineplex at Level 4, the country’s first Cineplex boasting of 10 luxuriously appointed cinemas with digital sound, Boral acoustic walls, and full stadium seating. Its remarkable features are the Platinum Cinema, the first Lazy-Z-Boy theater in the country; and the 500-seater Cinema 5, which has Dolby Atmos Cinema Sound, a surround sound technology that creates a three-dimensional effect. 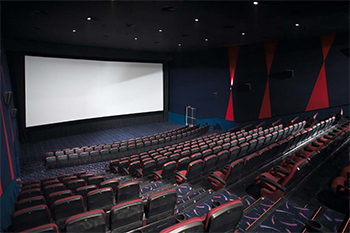 Another highlight in Gateway Mall is The Oasis, a one-of-a-kind interior floating garden that opens up to the sky. Mall goers can have their meals there, served by accredited restaurants from the mall; or book the venue.